Greenwood Village Chiropractor What chiropractors do for back pain -

Posted on April 29, 2020 in Back Pain by Greenwood Village Chiropractor - Dr. Matt 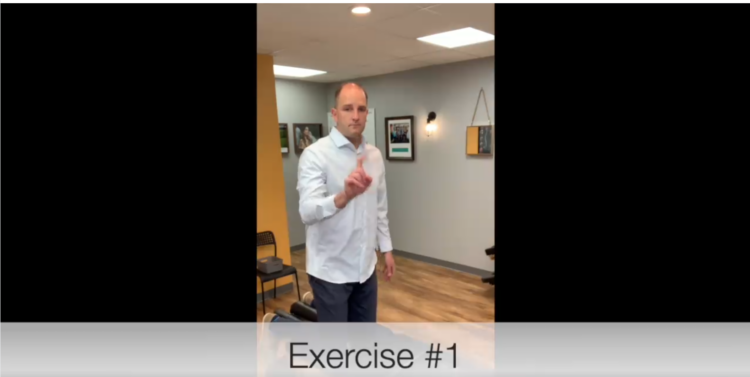 In this article, I’m going to explain what chiropractors do for back pain.

Because, while it’s rare that I experience back pain, I did trigger some recently.

With the stay-at-home rules in effect, I had been sitting a lot more than usual.

I was working on the computer, sitting on the couch…pretty much everything I shouldn’t be doing.

So, without surprise, I began noticing some sharp pain beginning in my low-back.

Immediately, I jumped into action.

The sooner you start damage control, the quicker you’ll get out of the jam.

Here’s what I did…

1) I got checked and corrected for shifting of the spine that was irritating the nearby tissues.  This is not a treatment.  It is a necessary step to make sure when I implement the exercises and movements, they have the most positive impact possible.

2) Then I performed 200 hip rocks in each direction to get better motion in my sacrum (“tailbone”).  This exercise is amazing for restoring function to the muscles in the area, but also promoting blood flow throughout the body.  The sacrum commonly gets referred to as the “Sacral Pump” because of its role in pumping blood back up to the heart.

3) Next, I began marching in place.  Taking care to cross my body with my arms and legs.  Crossing the midline of the body with your extremities turns this from just a muscular exercise to a brain and neurological exercise as well.  I marched for 5-minutes straight without stopping.

4) After marching, I laid on my stomach and performed the cobra stretch.  Gently I progressed from propping myself up with my elbows, to using my hands to lift up.  I repeated this stretch every hour for 2-minutes each time.

5) Finally, I moved through the deadlift motion.  The point of this motion wasn’t to lift heavy-weight…I just used my body mass.  Instead, I was simply trying to use the hip hinge motion to drive better body mechanics and get my hips firing in a more balanced way.  This exercise was performed 10-times each hour.

After going through these 5-steps, I went to bed.

The next morning, I woke up and felt amazing!

If you’re curious about what chiropractors do for back pain, this is it!

Dr. Matt Pennetti suffered from excruciating cluster headaches in college that threatened to derail his playing career and school. His life took a turn when he was introduced to a Neuro-Structural Chiropractor who was able to gave him relief from the pain and discomfort. After that life-changing moment, Dr. Matt decided he wanted to to do the same for other people who suffer with health issues. When Dr. Matt is not in the office, he's feverishly completing the "honey-do" list, or trying to keep his son, Braxton from growing up too quickly.