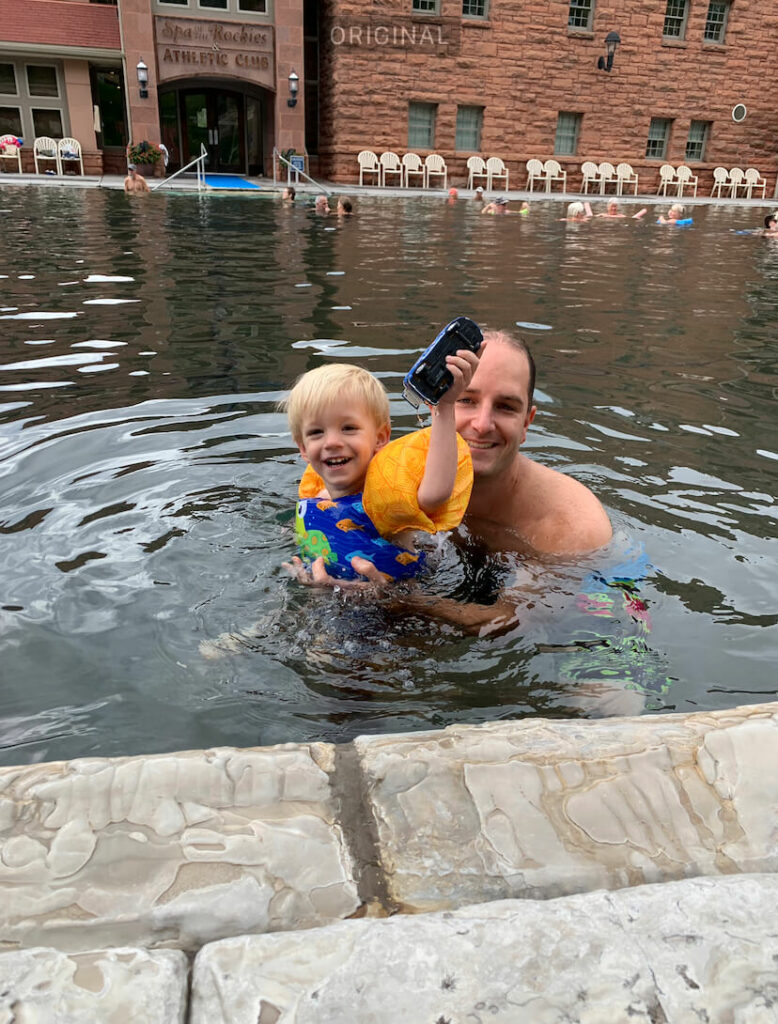 For many people in America, they’re far too good at taking their health for granted.

It reminds me of my family’s trip to Glenwood Springs this past weekend.  We wanted to get away for a few days before the summer officially ended.

It was a great time.  Braxton had never been to the Hot Springs before, and he was in paradise.

Being that he’s only 2-years-old, he’s not able to swim all that well yet.  So, he’s confined to floaties when he’s in the water.

However, we took them off of him a few times while we were at the pool, and it was fascinating to watch.

He had no concept that the floaties were saving him from drowning.  As soon as he had them off, he wasted no time in jumping into the pool unassisted.

His head went fully under the water before I could bail him out.  After coughing and spitting up water for the next several seconds, he decided to play it safe and stay in daddy’s arms for the remainder of time out of his floaties.

The whole situation reminds me of how people approach their health.

They eat fast food like it’s their job, watch 5+ hours of tv per night, drink alcohol daily, rarely exercise, and have never once thought about correcting core problems in their spine or nervous system.

Just like Braxton, thinking he could swim even though he had only kept his head above water with floaties on, many people believe they’re healthy even though they’re literally killing themselves through poor lifestyle choices.

The absence of pain, or life-altering symptoms gives many people a feeling of false belief.

“I know I ate a lot of pizza last night, but I felt fine this morning, it must not affect me negatively.”

“I don’t have pain, so why would I need a chiropractor/why do I need to practice mobility exercises?”

The above are all blatant examples of taking health for granted.

Health isn’t based on how you feel.

I’m a big believer in the statement, “Reality exists.” I think it’s better to know, so you can begin fixing the problem.  Rather than living in denial until the problem grows out of control.

Health is based on function.

Case and point: hundreds of people are diagnosed with cancer or heart disease everyday even though they feel good.  You can feel great and still have blood pressure that’s through the roof.

It’s time to rip the floaties off and come to grips with reality.

If you haven’t been doing as great of a job as you should be with your body, now’s the time.

Stop evading and denying reality.  Begin living life according to the 5-Requirements your body needs to be as healthy as possible.

Seize control of your own health and well-being.  Instead of being a ship tossed around the ocean of life.