Skip to content
Blog Is Pilates Right For Me? 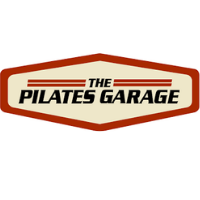 You may have seen it advertised and are wondering:

Is Pilates right for me?

The answer depends on what you’re after.  Pilates is a well-rounded approach that addresses spine specific exercises.

Many people think they are doing themselves a favor by training for a half-marathon, participating in a boot camp workout every morning at 7am, or playing pick-up basketball at the rec center after work.

If you enjoy doing these things, don’t stop.  But don’t confuse them with building better health.

I can make the case for how each one of these different exercises helps to tear down the health of your body and create imbalance in muscle.

Again, this doesn’t mean you should stop performing the exercises, it just means you should be doing something on the side to counter the distortion you’re creating.

Now, there are various ways to do this, but one of the safest and most-effective ways is through Pilates.

Pilates was created around the year 1926 by a man named Joseph Pilates.  Originally, it was called Contrology, but later became known as the Pilates method after his death.

There are various schools of thought that came out of the original work.  Each with a slight variation depending on the taste and size of the teacher sharing the method.

However, the principles remained.  Pilates has helped men and women overcome a variety of disorders, from knee and foot pain, to sciatica and low-back pain.  Much like I look to restore balance to the nervous system and spine, Pilates was created to help bring balance to the muscles and tissues around the spine.

In recent years, Pilates studios have popped up all over the Denver metro area.

However, much like chiropractic offices, not all are equal.

For instance, some Pilates studios are focused strictly on getting a good sweat and burn, while others are steeped in the principles of the original founder.

I prefer the latter, because they are designed for only one thing, to help the body become healthier.  This is done by restoring balance to the muscles of the body.

If you’re asking yourself, is Pilates right for me?  Here’s my answer…

Pilates helps you avoid the common injuries and problems we’re plagued with as we age.  This is done by moving our body the way it was intended to move.

You probably have heard the saying, if you don’t move it you lose it.  Even though that’s cliche, it’s the truth.  Pilates wasn’t created to just get a good sweat.

It’s about helping your body be healthier.

If that’s what you want, then check it out!

I had the opportunity to sit down with two amazing Pilates instructors, Erica Bruenton of the Pilates Garage, and Nicky Taylor Steward (Director of Education Programming for the Deborah Lessen School of Pilates) to discuss the philosophy and background to their method of training.

If you are at all curious about Pilates or creating better strength and balance for your muscles, make sure to check out the video here: