Skip to content
Blog How Neuro-Structural Chiropractic Saved My Life 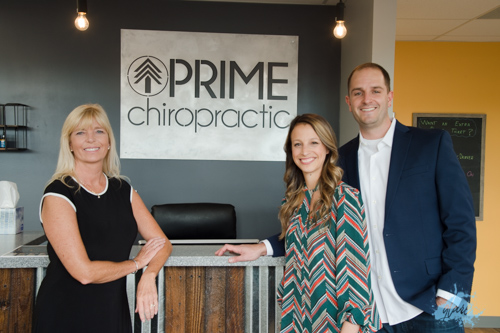 Growing up, I never thought I would be involved in Neuro-Structural Chiropractic.

Actually, my true love was basketball.

That was my purpose.

I was lucky to be good enough that I could play it in college.

Even luckier…I never suffered any sort of major injury throughout my career.

During the fall of my senior season in college, I began suffering with debilitating headaches.

The headaches would come in bunches.  They were excruciating.  As if someone was stabbing my left temple with a knife.

I’d have multiple headaches each day, sometimes as many as 5.  Furthermore, they would last between 1-hour to 3-hours.

During the episode, I would be completely helpless.  Just writhing in pain on my bed until it went away.  I couldn’t have light anywhere (even a small crack would make the pain worse), no sound, or smell.

In fact, I later found out these headaches have an aka…”Suicide Headaches”.

When I did go to my primary physician, he diagnosed me with Cluster Headaches.

An uncommon type of headache that is the most painful headache a human can experience.

Actually, the only thing that changed was my teammates officially labeling me “Grandpa P”, because of the oxygen tank I carried around on road trips.

The worst thing about the pain was missing school, and practice on a daily basis.

Because of this, I was failing classes and having a hard time keeping my starting spot.

I had been to everyone…massage therapist, traditional chiropractor, acupuncturist, etc.

I take that back…one thing helped.

However, you only get 3 of those before they cut you off completely, to avoid addiction.  So, I used those up rapidly, and had nowhere to turn.

Finally, a friend introduced me to a Neuro-Structural Chiropractor in Denver.  Admittedly, I didn’t know there were different types of chiropractors.

I thought they were all the same.

In the past, I’d always enjoyed going to a traditional chiropractor.   But since suffering with the cluster headaches, this approach provided little benefit.

So, when I showed up at his Neuro-Structural Chiropractic office, I didn’t have high expectations…but also had nothing to lose.

He explained his process and testing (assessments I’d never gone through at a traditional office), and if a core problem was found it may be contributing to my pain.

So, he began correcting them, and within a few days my cluster headaches were gone.

The impact this had on my life is impossible to put into words.  To go from unbelievable amounts of pain on a daily basis to none, is a surreal experience.

I found my new purpose.

As soon as I felt normal again, I began studying how and why it happened.

Digging deep into research on the nervous system, and Neuro-Structural Chiropractic.

It was fascinating to me that no one ever mentioned the nervous system may be playing a role in my pain.

So, even though I graduated with a major in Business Administration, I decided to go back for more school.

Without the terrible experience of cluster headaches, I may be bouncing around from job to job without any real purpose in my life.

Now, I wake up everyday committed to helping others find the true answers to their most challenging health problems.